I've posted this on reddit first, but then someone showed up in the comments with some more workflow videos, and I thought that recording my own writhing a blog video is not a bad idea. So this one is for showing off in two different ways.

Here's a video of a script I wrote for work. What it does is take a file with a list of domains and checks if those domains:

...and then it spits out some SQL to feed into sqlite3. It's easier to work with 5 million entries when they are in a db. 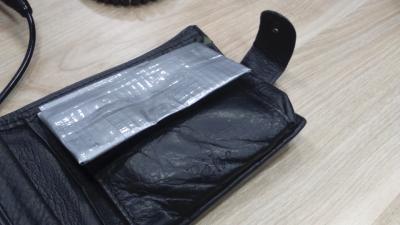 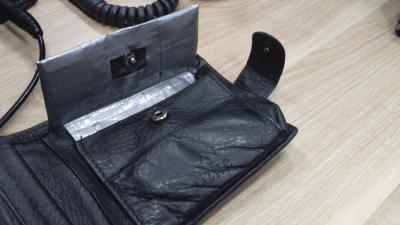 Get a load of this fucking moron:

He suggests that people use an IRC bouncer, or other technique, to maintain a persistent presence on IRC, hear pings when not actively present, and perform automatic catchups when returning.

Yes, that is extremely useful and convenient.

There are many reasons why one might consider this unfortunate—no opportunity to be truly away, frequent interruptions, an inflated sense of urgency, and a powerful sense of "oh noes, I'm missing what's happening on IRC!!!!"

That's a load of crap. I'm on dozens of channels 24/7 and don't suffer from any of those problems. Answer when you want and/or are able to, people will wait.

but the killer is the way in which it allows, encourages and even enforces the creation and expression of project knowledge within IRC, leaving out people who want or need to participate but are not synchronous with the discussion.

What a pile of garbage. Do you think people read all the backlogs? Are you retarded? At best I would read all the highlights. Most of the time.

Logging, the usual technical solution and excuse for this problem, is insufficient:

Yes, but not for the reasons you think.

The logs from a busy channel can be huge. Unless you were present in the conversation or really know what you're looking for, good luck.

There is almost always no reason to ever go through a busy channel's backlog. It's insane and useless. We grep those.

IRC conversation, by its very nature, involves quick exchanges of information that is dense with jargon. In a busy channel these exchanges are interleaved. For a reader that is not already familiar with the jargon it can be challenging to distinguish one exchange from another.

That is completely unrelated to idling on IRC. Jargon does not form because we're always online. You're clueless.

To be clear, the existence of the jargon is an important hallmark of a community having developed the shared language that is required to have shared goals. It's not a bad thing that it exists, but it can be exclusionary if the majority of communication and interaction is in the jargon encrusted environment.

So jargon is a good thing but we should stop using it to be friendlier to newbies? How does that even work.

If the most active members of a channel are consistently using IRC as the mainstay of their interactions, especially in an asynchronous fashion, the volume of content they create will be high but it will not be consumable by others.

Yes. Those are conversations between certain people that often are both only relevant at the time and useless to others. What's your point here?

It will be heavy with jargon and will not be the result of considered reflection on the topic.

Again with the jargon. Fuck off.

And be completely unreachable via IRC instead of just delayed answers. Great idea!

If you join IRC and you have a question for someone who is not there, send email to the project list (with a good subject!). Consider sending to the list even if the person who you think will be able to answer your question is present in IRC.

There are things that are suitable for an ml. Most IRC stuff isn't. That's why IRC exists you fuckwit.

If you do participate in any interesting conversation on IRC take a moment to curate the information and results into a message to the mailing list or a blog posting.

Now that's actually a good idea. IRC convos are fast and unstructured. Being that, they allow for quick response times when actively working on a problem. Mailing lists are inherently much more slow. But if an important problem that may affect other people was solved during an IRC onversation, then sure. Post it on the ML or make a blog post so people can google the answer.

Leave IRC for chatter, noodling, urgent issues and, most importantly, the building of relationships with your comrades. You can't build a relationship with someone who isn't actually there and you aren't helping someone be human (and a productive thinker) by pinging them to be there when they aren't.

The fuck does that even mean. I have loads of people in my life who I've initially met on IRC. And still use it to communicate with them. IRC is JUST A CHAT PROTOCOL, it has no magical properties of making people suddenly... well, not people.

tl;dr fuck off with your preachy bullshit, I'm not going to cripple myself so that actual cripples can use IRC more conveniently.

I will leave you with this.

It's much more readable and flexible now. As in actually modular and shit.

Apologies in advance for digressing from actual Devuan tech talk, but let's be honest; if people were rated as firearms in comparison to their contribution within the open source community, Jude is a Barret .50 cal Sniper rifle.

Well guess what. Fuck you, Slayer is still the shit. Not everything is “a phase” you fucking drones.

Due to the new so tld curator doing silly things, it's not reasonable anymore to maintain the zfh.so domain registration. I've registered a new domain: 8fw.me

This is also a good reason to change the name (I never thought Zero Files Hosting was any good tbh), so it's now called Unlimited File Works, which is an even worse name. Enjoy.